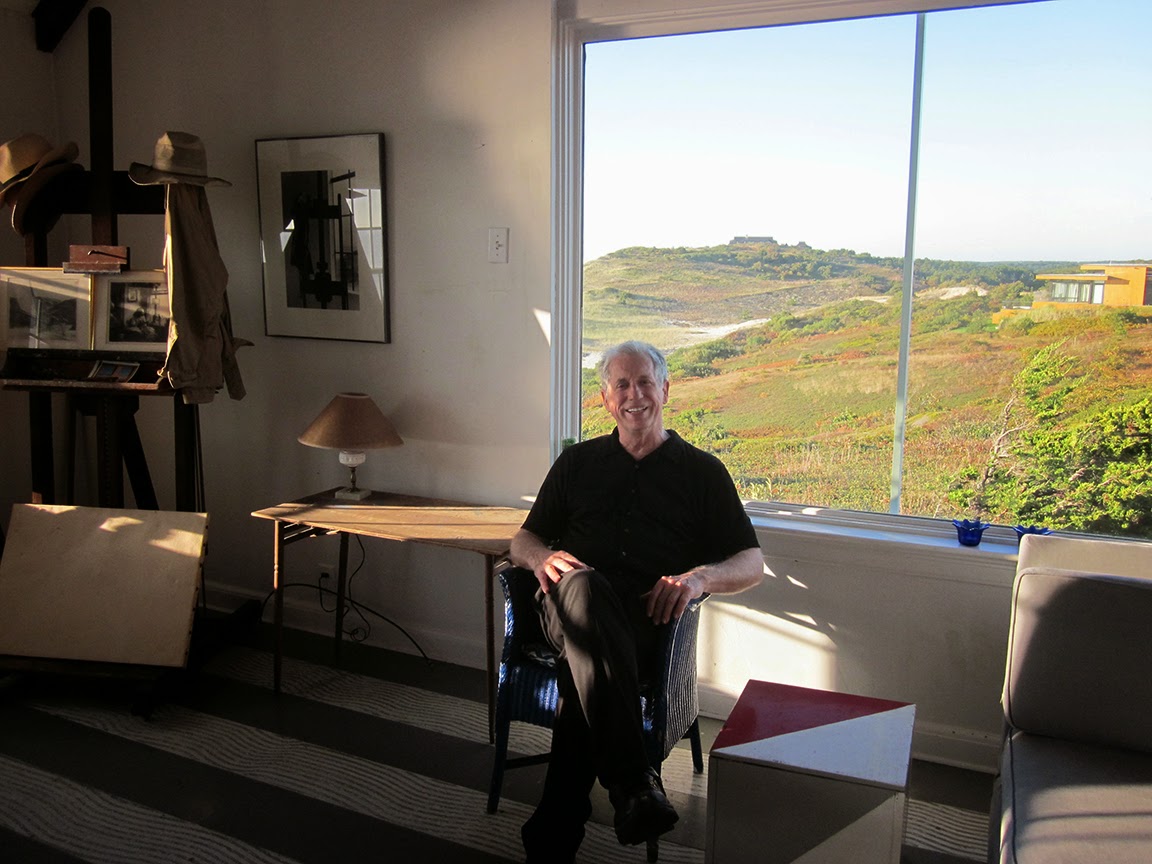 I am just returned from my fifteenth residency in Edward Hopper's Truro, MA studio on Cape Cod. Had great weather, got a lot of good new painting done, and have a ton of good new photos of the studio. Above is me lounging in front of Hopper's 10' tall studio window last week.

And below is my wife Alice standing in the doorway of Hopper's bedroom and looking out into Hopper's big painting room. 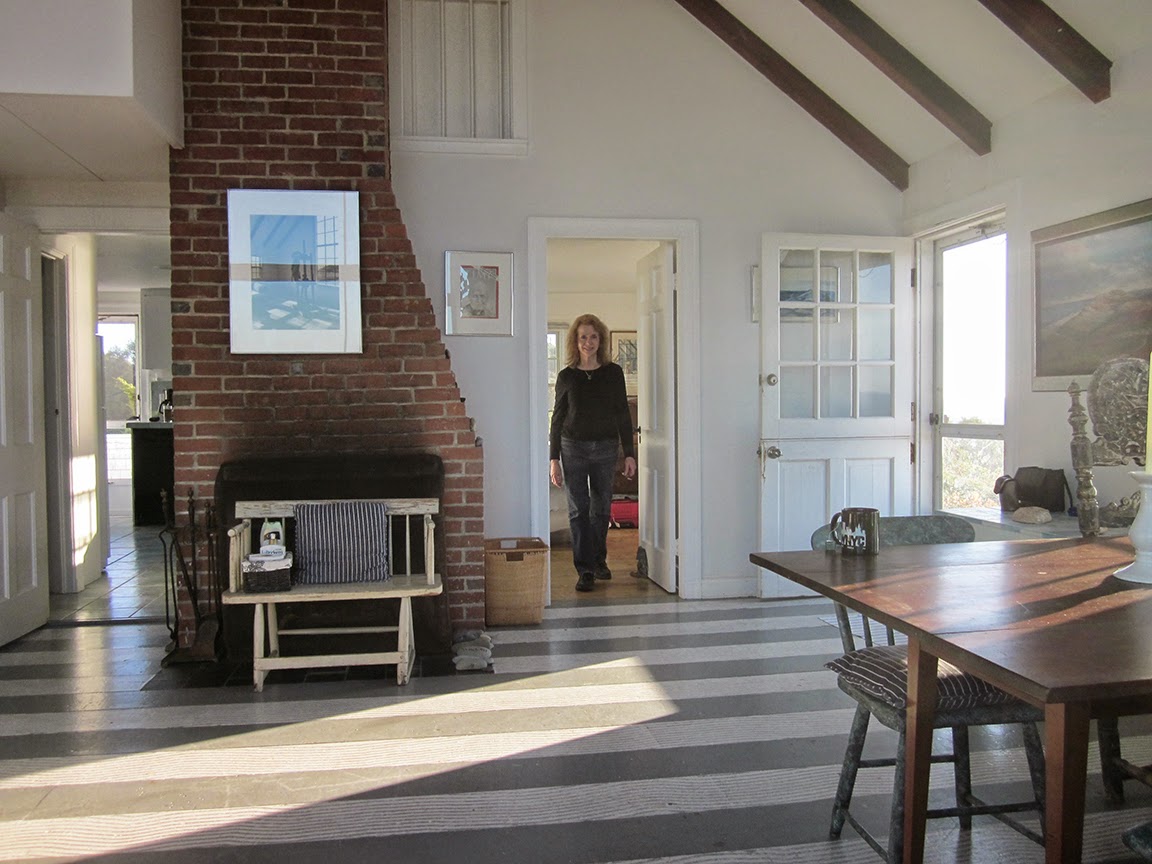 Here's another photo that gives a sense of the scale of Hopper's ten foot tall north-facing studio window. It bathes the entire painting room in bright unchanging light all day long, regardless of whether it's overcast or sunny. This was taken at the very end of the day. 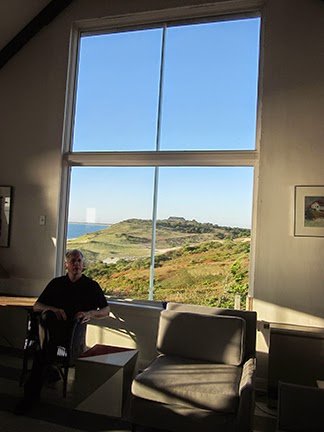 When Hopper designed the studio and had it built in 1934, the window was covered with dozens of small panes of glass supported by a network of thin metal strips. It looked really cool, but over the years the weight of the glass caused the window to sag and eventually the glass panes started breaking. The present owners had to replace the window and now its wide open sheets of hard plastic. I miss the look and feel it used to have but I understand why the move had to be taken.

Here's a shot also from the end of a clear day last week that I took through the window screens in the Hopper studio's kitchen. You can see the shadowed silhouette of the studio on the far hillside, just above Hopper's small white garage. 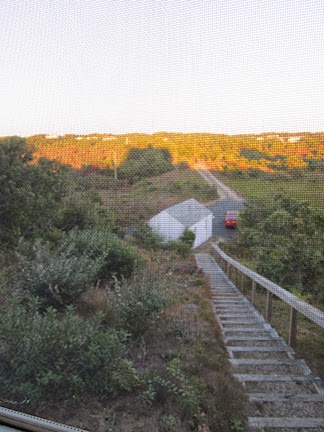 Here's one of the paintings I made with my easel set up in Hopper's small bedroom. What attracted me was the brilliance of the late afternoon sunlight playing over the studio's white walls. The view looks out over Cape Cod Bay to the left, in the middle is one of the two small closets Hopper shared with his wife Jo, and on the right a door opens to his large painting room. In the distance is the easel Hopper used for three decades in that room. Some of his most famous paintings happened on that easel. 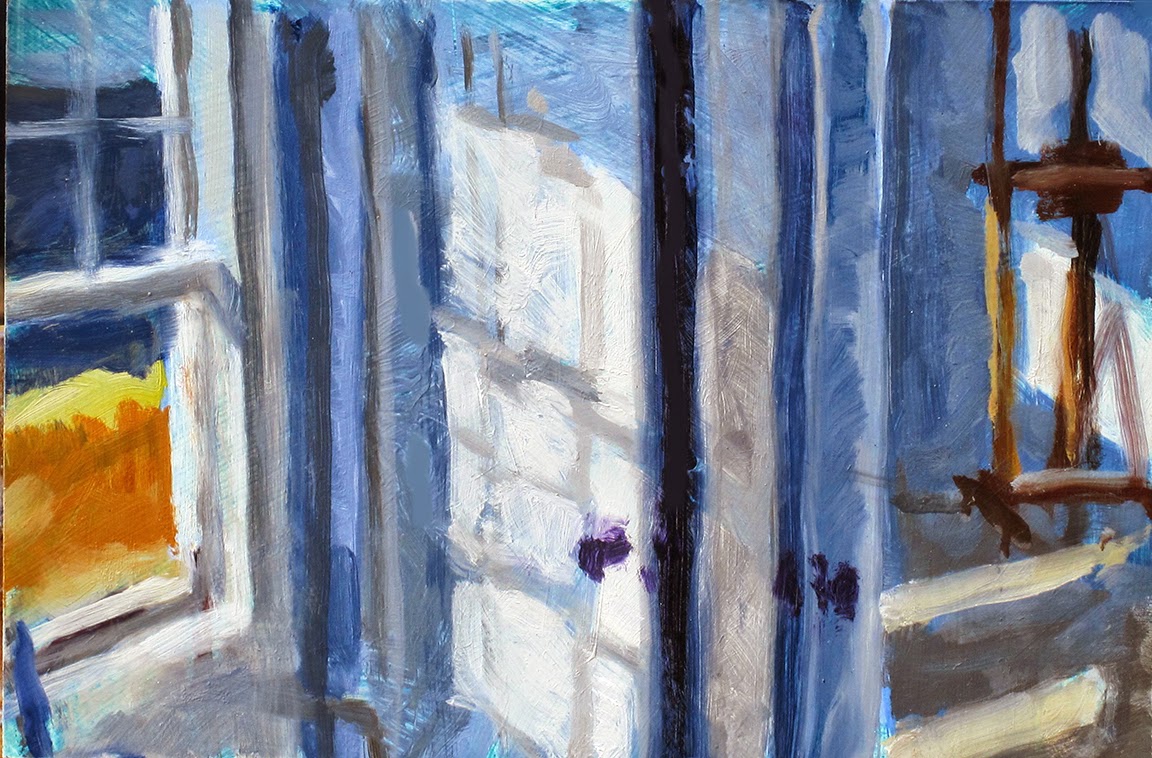 Since I work from direct observation instead of from photographs, I love a medium like vine charcoal for the way it allows me to move quickly to nail down the shifting patterns of sunlight and shadows as they sweep over the subject.

Here is Truro Studio: Kitchen Doors, vine charcoal, 12 x 9", 2014. On the far left is the opening to the incredibly steep stairs down to Hopper's basement. In the distance is the studio's kitchen with early morning sunlight blasting in. The window in the center is right over the kitchen sink. Hopper must have often stared out of it towards the sea as he rinsed out his coffee cup. 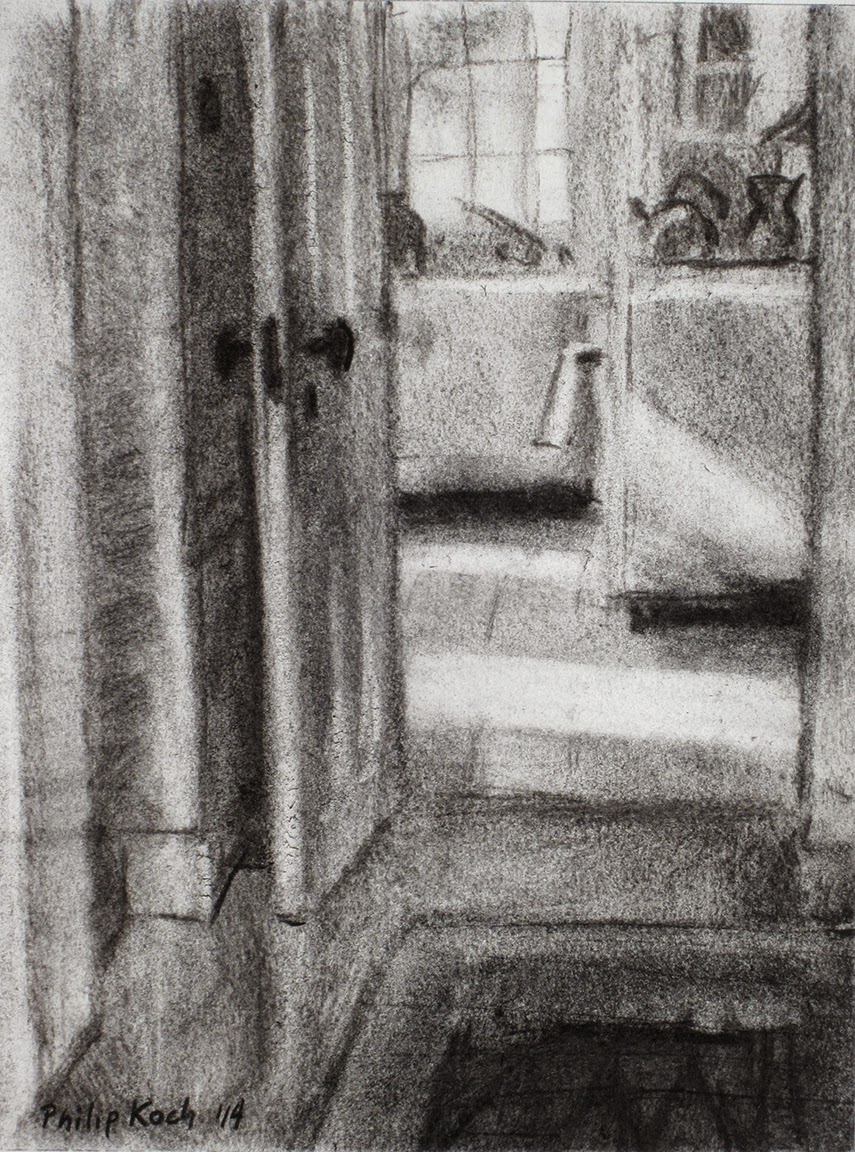