Showing posts from January, 2015
Show all

I was wandering through images of paintings and stumbled across two old and dear friends- the two paintings by other artists that first inspired me to make copies in oil.

Back in 1970 I entered the MFA Program in Painting at Indiana University with no idea what kind of art I wanted to make. My paintings often were going several different directions at once,  starting with straight observation, bouncing into expressionism and hitting a few surreal notes. But I had the good fortune to almost immediately fall in love with the large exhibition of 19th century landscape paintings the IU Art Museum had staged.

One of the artists in the show was Alfred Bricher (Am. 1837 - 1908). I was allowed to set up my paints and make a copy directly from his original painting above. Making copies was something I had read about that used to be part of every artist's training, but it was new to me. I…
Post a Comment
Read more 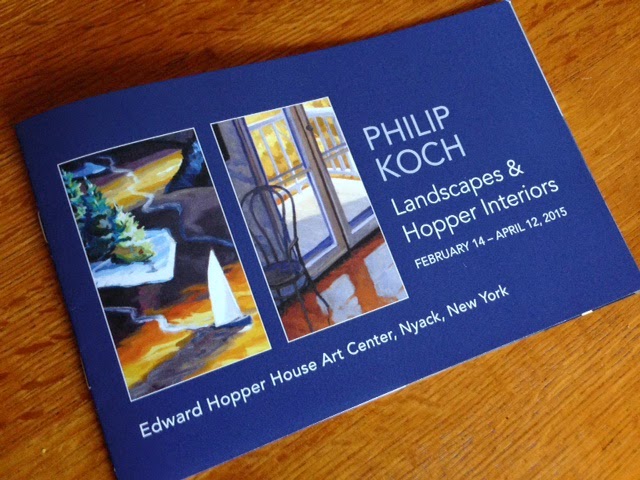 Carole Perry, the Executive Artistic Director of Edward Hopper House Art Center in Nyack, NY wrote the following essay for the exhibition catalogue for their upcoming show Philip Koch: Landscapes and Hopper Interiors. The exhibition runs Feb. 14 - April 12, 2015. There will be an opening reception Saturday, Feb. 14 from 5 - 7. All invited!

As an art student in the late1960s, Philip Koch (b. 1948) found inspiration in the geometric and color field abstractions of artists such as Josef Albers, Frank Stella, and Mark Rothko.  Koch created abstract paintings until, he says, “[Edward] Hopper came along and tapped me on the shoulder.”  With the ghost of Hopper as his guide, Koch turned his attention to the landscape and began to paint from nature in a realist style.
What he learned from Hopper, Koch says, “was to be relentless in pursuit of just the right idea to make a painting… Don't settle for anything less than extraordinary his work said to me." Like Hopper, Koch starts a compos…
Post a Comment
Read more 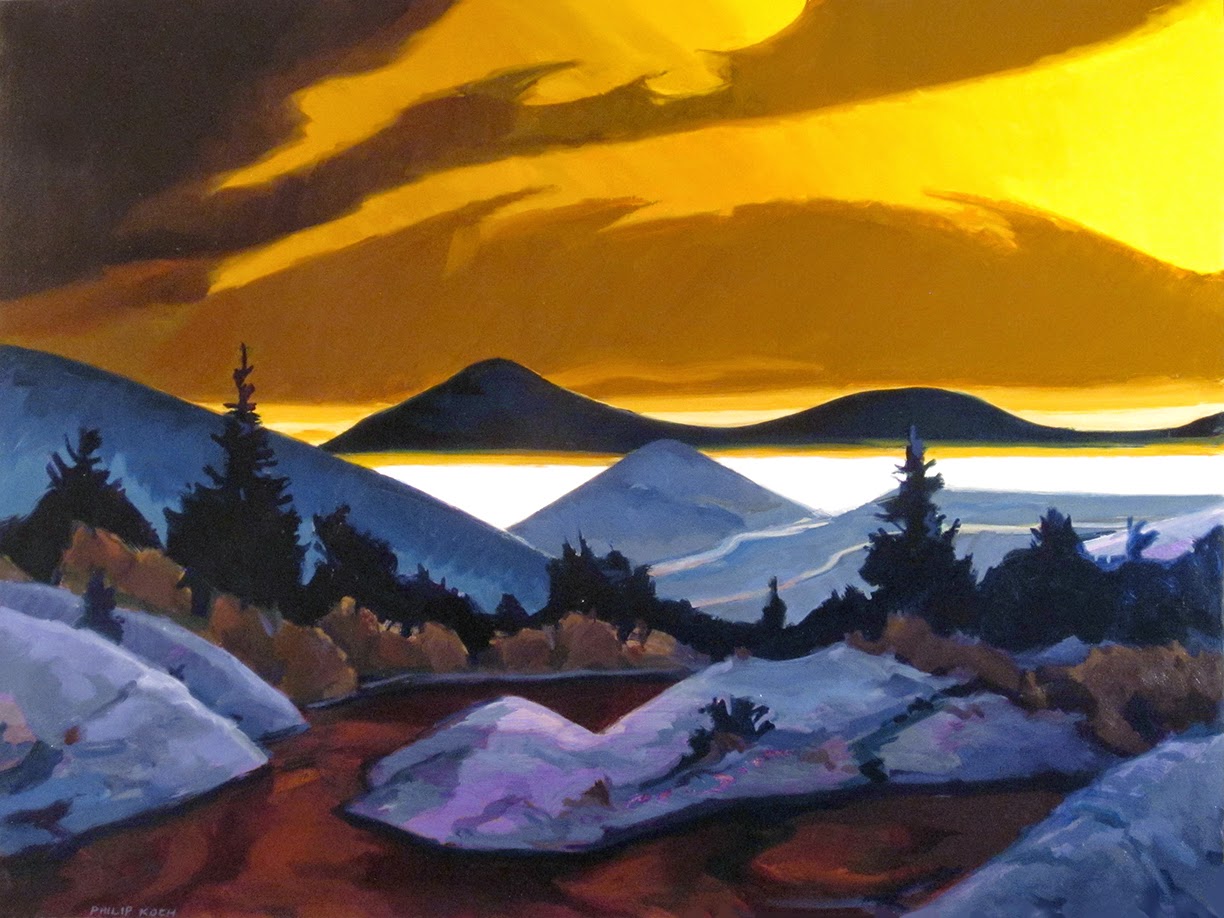 Early on I painted the landscape by directly observing a specific place. With my paints and portable easel in tow, I'd head out seaching for sources that called out to me.  My paintings were reports on how an actual location looked and felt at a specific time.  I'm very proud of the work I did then.

In the last decade and a half I've come to see landscape painting as a means to evoke more a state of mind than a particular location. Memory and imagination loom larger as sources as I paint.

My painting Yellow Arcadia is a good example. It's a favorite of mine and will be included in the upcoming exhibition Philip Koch: Landscapes and Hopper Interiors at the Edward Hopper House Art Center in Nyack, NY Feb. 14 - April 12, 2015.

In our imagination the word Arcadia has come to represent an idyllic and unspoiled wilderness. Alternately it's seen as a place where humans live in complete h…
Post a Comment
Read more
More posts